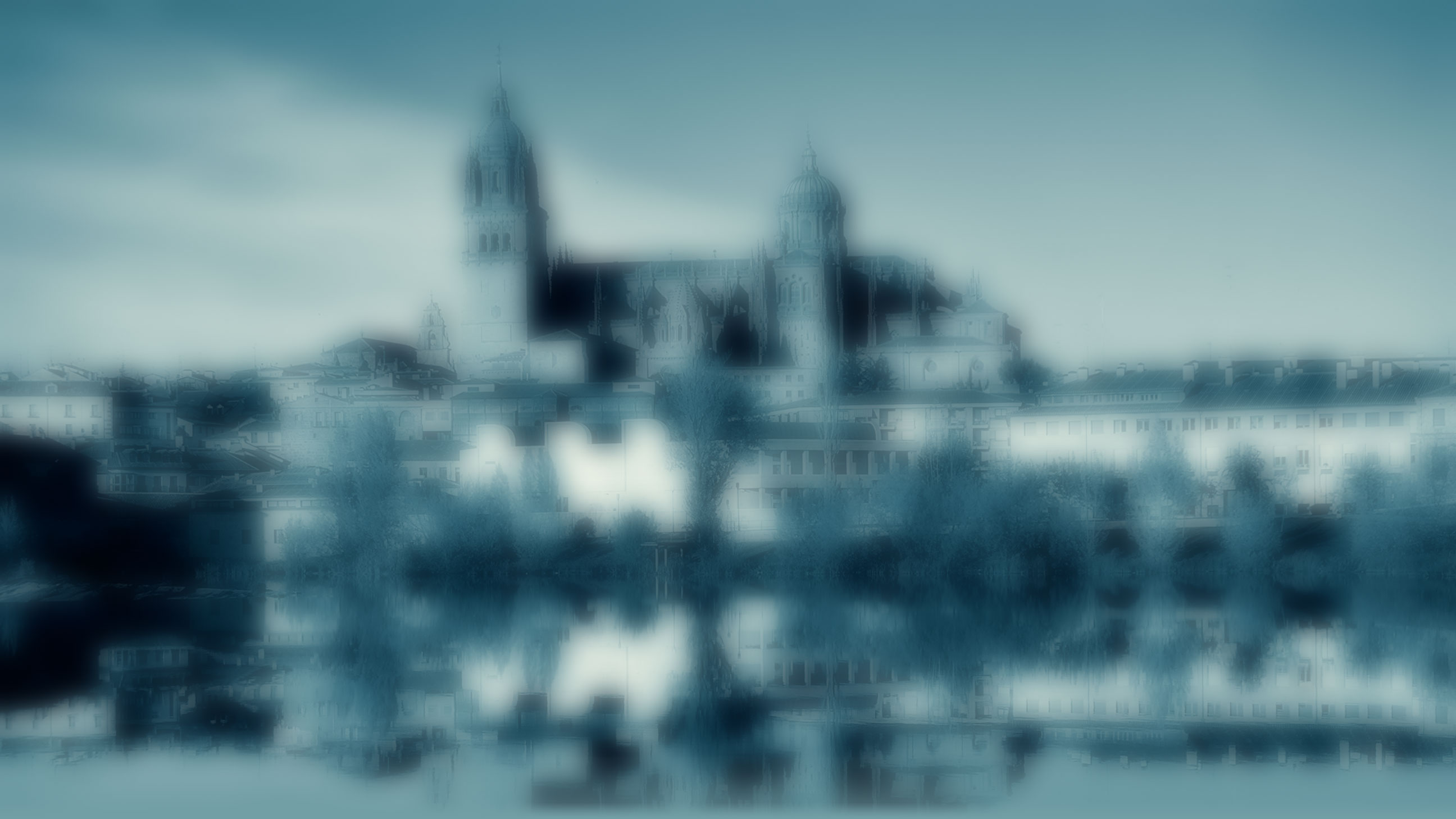 Each summer the Province of Spain offers a SPANISH COURSE FOR FOREIGN JESUITS. With almost thirty years of experience, the course has been prepared with great care and dedication by the scholastics of the Spanish Province.

The course takes place in Salamanca, World Heritage city (UNESCO) and cradle of the oldest existing university in all of Spain. The city is filled with history and culture and enjoys a lively university environment as well as a great Ignatian feeling.

During his stay in Salamanca (1527), Ignatius saw the old Cathedral, Saint Martin’s and Saint Mark’s Church, the Roman bridge and the façade of the University in construction.

Shortly after his arrival, he was detained in the Dominican monastery of Saint Stephen. From there he was moved to the ecclesiastic prison, situated in the tower of the Cathedral. After 22 days he was declared innocent and released along with his two companions.

After the approval of the Society of Jesus, Fr. Araoz and Fr. Faber passed through Salamanca, and as a result of their presence, a school for Jesuit scholastics was established. But before the work was completed, Queen Margaret of Austria decided to build a new school for the formation of Jesuit missionaries to America. This would be the Royal School of the Holy Spirit, which was once where the Pontificial University of Salamanca is now located.

Today, the Society of Jesus has the Saint Stanislaus Kostka community, which also houses the Tertianship. There are also three main apostolates in the city: Saint Stanislaus School, the parish of El Milagro de San José and the Spirituality Centre.

The class has been specifically designed for Jesuits (scholastics, brothers and priests) with a minimum knowledge of Spanish.

More than 350 Jesuits, with diverse interests and objectives, have benefited from this course. While improving their knowledge and practice of the Spanish language, the participants have been able to:

Methodology of the Course

The number of participants in the class will be limited to 18 according to the reception of applications. This allows for an approach to formation which is personalized and can be adapted to the particular needs of the students. The participants are divided into three small groups of study, according to the level of their knowledge of Spanish: basic, intermediate and advanced.

Classes in group levels take place in the mornings. We will use audio-visual materials, original Ignatian texts as well as other methods of instruction which will take into account the knowledge and needs of the participants.

Afternoons are dedicated to personal study. In addition, each day there will be personalised tutoring (follow-up) and conversation with each student.

Three Jesuit scholastics and a lay make up the team of teachers who will be in charge of the classes, tutorials, conversation exercises and complementary activities.

Classes and language study will take up most of our day. However, we will also have other more relaxed times for films, cultural visits around Salamanca, excursions to other Ignatian sites, as well as personal time for rest, sport, etc.

Each day we will celebrate the Eucharist together. There will also be time for communal prayer and opportunities to learn about the mission of the several SJ Provinces represented in the course. And everything will take place within a relaxed environment of community and friendship.

Spain and the Society

You will get to know the culture, history, art, food... and warmth of the Spanish people.

In addition, you will experience the history of the Society through visiting Ignatian sites (Loyola, Javier, Alcalá de Henares, Salamanca...) and through learning more about its main protagonists (St Ignatius, St Francis Xavier, Diego Lainez, St Francis Borja...) You will also get to know the Society of Jesus in Spain, its works and main mission areas: spirituality, education, social sector, universities, pastoral activities...

“Ignatian Salamanca” will take us to the University of Salamanca, the Dominican convent of St Stephen’s, the old and new Cathedrals, as well as to the first Jesuit communities in the city, the Clerecia Church and the Royal College of the Holy Spirit, etc.

The course registration date is from 15 February to 30 April.

Lodging for the duration of the Course will take place at the St Stanislaus Community in Salamanca. The community is located 10 minutes walking distance from the historic center of the city.

It is possible to travel from the centre of Madrid to Salamanca by bus (www.avanzabus.com) or train (www.renfe.es).

There is also a direct bus from Barajas airport (Madrid's international airport) to Salamanca (www.avanzabus.com).

The total cost for the Course is 1500 euros. This includes registration fee, all Course materials, lodging and meals. It also includes all excursions, visits and other activities that take place during the month of the Course.

It is possible to apply for a scholarship. Should this be the case, please have the Provincial of the applicant solicit the Spanish provincial by writing to the Assistant Secretary of the Provincial of Spain at the following email address: (secretaria.elvira@jesuitas.es).

Elvira Valverde Soriano. Assistant Secretary of the Province of Spain.